|  | What Financial Observers Are Saying About The Economy Amid Coronavirus. Hint: It’s Not Upbeat

What Financial Observers Are Saying About The Economy Amid Coronavirus. Hint: It’s Not Upbeat

It’s been called an “economic hurricane” and more technically, a “black swan,” or an unexpected event that has potentially severe consequences.

Whatever you call it, coronavirus may tip America toward recession.

“The latest readings I’m seeing on business confidence are consistent with a recession, both in the U.S. and globally,” said Georgia economist Jeff Humphreys, director of the Simon S. Selig Jr. Center for Economic Growth at the University of Georgia.

Worries over the pandemic spreading and whether public policy responses will be good enough have sent the stock market into a tailspin, closed businesses in areas where the outbreak is worse, triggered worries about quarantines and lack of sick days, canceled events and generally put the economy at serious risk.

Strategists at Morgan Stanley said in a report Wednesday, March 11, that conditions have gotten bad enough to prod a deeply divided Washington, D.C., to act, but “we think action may not be imminent and are unsure it will be sufficient.”

“This is bad. The worst and fastest stock market correction in our career,” said Chris Rupkey, chief financial economist at MUFG Union. “The economy is doomed to recession if the country stops working and takes the next 30 days off. The stock market knows it. Bet on it.”

“A lot of this just has to do with uncertainty,” Humphreys said. “There’s just an awful lot we don’t know, and (the crisis) isn’t going to be resolved anytime soon — and that creates even more uncertainty.”

“I think we’re going to see declining economic activity in the second quarter of 2020,” he added. “That alone does not make a recession, because you need two quarters of negative (gross domestic product numbers).”

For the past year or so, and long before the coronavirus outbreak, economists had speculated about a recession. At one point, nearly three-fourths of U.S. business economists expected a recession in the U.S. by the end of 2021.

The main risks at the time were an ongoing trade war and tariffs.

“Even without a recession, the economic expansion is going to slow dramatically … and any meaningful escalation of the trade war will be fatal to this expansion,” Humpreys said in August 2019.

Speaking last week on the economy, Humphreys said, “The (economic) data for January and February was quite strong for both the nation and Georgia. We were really at the peak of the business cycle when coronavirus hit. The economy was in excellent shape.”

Cruel irony is all over the place: Americans’ retirement accounts are being battered, but they are saving at the pump. Travel is cheaper but now vastly restricted by coronavirus concerns.

Overall, and worse yet, fears are deepening among residents.

In an interview last week, Kennya Lara talked about how her East Hall company, Mundus Office Cleaning, has picked up more work.

But she was concerned that the economy might start failing, forcing businesses to cut nonessential services, such as contracting with a cleaning company.

“Hopefully, it won’t get that bad,” she said.

“There’s an old adage … that the economy and markets are working well until they’re not,” Willis said. “And I think confidence has turned on a dime.”

The Associated Press contributed to this report. 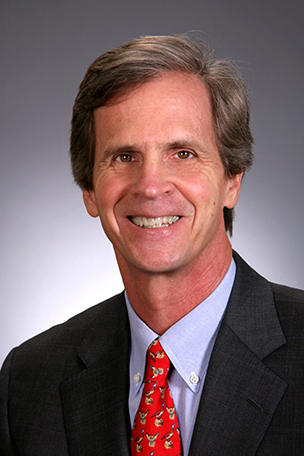 Mr. Willis is the founder, CEO, and Chief Investment Officer of Willis Investment Counsel. He oversees portfolio construction, participates in stock selection and fundamental analysis, and also serves on the firm’s investment committee.

Prior to founding WIC in 1979, Mr. Willis was a tax accountant in the Atlanta office of Arthur Andersen & Co. He is a member of the CFA Institute, and the Atlanta Society of Financial Analysts. He is also a former trustee and investment committee member of the State of Georgia Employee Pension Fund.

He is a member of the Rotary Club of Gainesville. 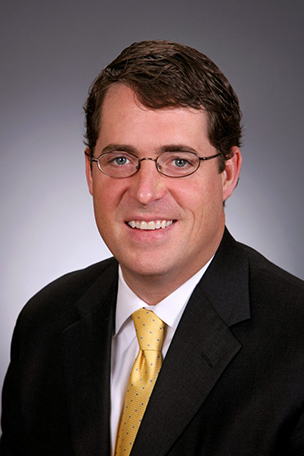 Mr. Kilroy is the President of Willis Investment Counsel, having responsibility in the areas of strategy, client relations, firm operations, and portfolio management. He serves as the portfolio manager for the Small Cap Value Strategy, and is also a member of the firm’s investment committee.

Mr. Kilroy serves on the Board of Directors of Healthcare Realty Trust, Inc. (NYSE: HR) Healthcare Realty is a publicly-traded Real Estate Investment Trust (REIT) that focuses on owning, managing, acquiring and developing outpatient medical facilities throughout the United States. He is also the Chairman of the Board of Trustees for Lakeview Academy. Additionally, Mr. Kilroy is a board member of the Greater Hall Chamber of Commerce and Elachee Nature Science Center, where he serves on the investment committee.

Mr. Kilroy holds a Bachelor of Science degree in Business Administration from the Kenan-Flagler School of Business at the University of North Carolina at Chapel Hill, and an MBA from the Kellogg School of Management at Northwestern University. 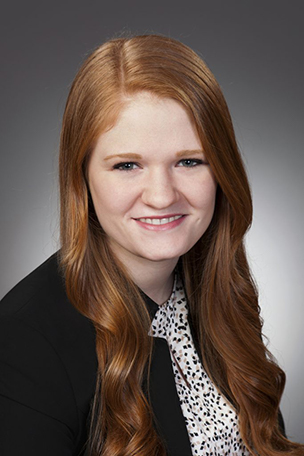 Ms. Meeks is the Director of Client and Community Relations for Willis Investment Counsel. Her responsibilities include client relations, community engagement, marketing, strategic projects, and other organizational business matters in support of the firm’s management and portfolio managers.

Ms. Meeks is a board member of the Junior League of Gainesville-Hall County and Rape Response. She is a member of the Rotary Club of Gainesville, and has also served as a committee member for the Medical Center Auxiliary’s Marketplace and the American Heart Association Go Red for Women event.

Ms. Meeks holds a Bachelor of Science in Finance from the University of Utah. 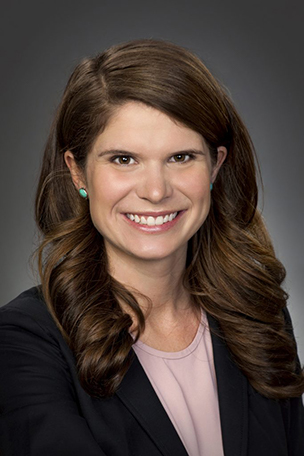 Ms. Challen is the Director of Information Systems for Willis Investment Counsel. Her primary responsibilities include supporting the trading operations of Willis Investment Counsel, portfolio analytics, and technology-driven projects. She also serves as secondary support for our operations team in terms of reporting, compliance, and client service.

A board member of the Quinlan Visual Arts Center, she is also a tri-chair for the Medical Center Auxiliary’s Marketplace, and is a graduate of Leadership Hall. In addition, she serves on the Board of Trustees for Lakeview Academy.

Ms. Challen holds a Bachelor of Business Administration from the University of Georgia with a concentration in finance. 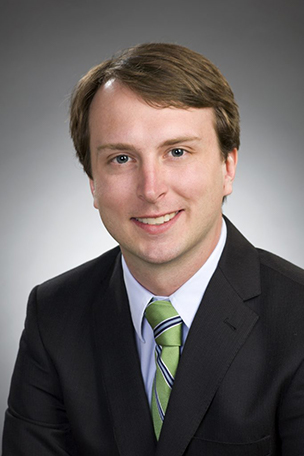 Mr. Lewis is a senior research analyst for Willis Investment Counsel. His primary responsibilities include conducting equity research for the WIC Small Cap Value Strategy, the WIC Fixed Income Strategy, and other areas of research within the firm.

Mr. Lewis holds a Bachelor of Business Administration from the University of Georgia with a concentration in finance. He has passed Level I of the CFA Program. 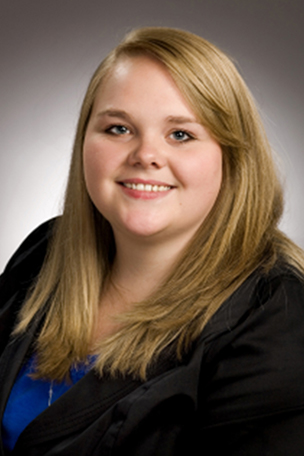 Ms. Patton is a senior research analyst for Willis Investment Counsel. Her primary responsibilities include conducting equity research for the WIC Core Equity (large-cap) Strategy and assisting in the day-to-day management of the WIC Managed Volatility and Income Strategy.

She is a member of the Junior League of Gainesville-Hall County.

Ms. Patton holds a Bachelor of Business Administration from North Georgia College and State University with a concentration in finance and accounting.

Mr. Miller is a Portfolio Manager for Willis Investment Counsel and is largely responsible for portfolio construction, option strategy and trading execution for the Managed Volatility and Income Strategy. He also serves on the firm’s investment committee.

He recently chaired the Brenau University Board of Trustees and the investment committee for the Georgia State University Foundation.

Mr. Miller is a recipient of the Bronze Star from his service in the U.S. Army, and he holds a business degree in finance from Georgia State University. 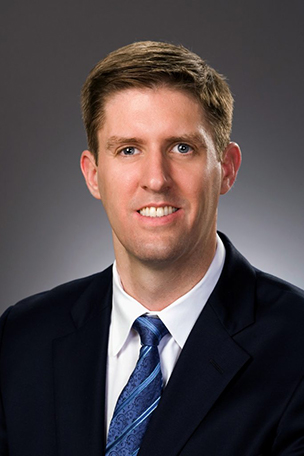 Mr. Slattery is the Director of Research for Willis Investment Counsel. He also manages the firm’s Core Equity (large-cap) Strategy and serves on the firm’s investment committee.

Prior to joining WIC, Mr. Slattery was a senior portfolio manager at Harris SBSB (a unit of BMO Financial Group) for three years, and an equity research analyst at Abingdon Capital Management for seven years.

Mr. Slattery holds an MBA from the McDonough School of Business at Georgetown University, and a Bachelor of Business Administration degree from the University of Wisconsin at Whitewater. He is also a member of the CFA Institute. 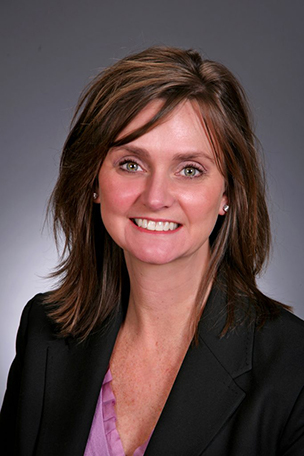 Ms. Wright is the Chief Compliance Officer and Vice President of Operations and Trading for Willis Investment Counsel. She oversees securities trading, the portfolio accounting and client reporting systems, and portfolio monitoring for client specific investment policy compliance. She holds the IACCP® designation (Investment Adviser Certified Compliance Professional). The IACCP® is a professional program granting the designation to individuals who complete an 18-month program of study of the Investment Advisers Act, pass a certifying examination, and meet certain work experience, ethics and continuing education requirements.

Prior to joining WIC, Ms. Wright served as a financial advisor for the private banking group of Wachovia Bank of Georgia (now Wells Fargo).

Ms. Wright holds a Bachelor of Science degree and an MBA degree (concentration in finance) from Auburn University.